Musicians like to write about themselves that their stuff allows for „no pigeon holing“. With the first releases from Trickski in 2005, it quickly became evident that this is not true for these guys. They fit into many drawers! Fans returning home with a new Trickski record habitually tear their hear in front of their shelves: Where is this one going? Techno? Yes. House? Definitely. Disco? Edits? Sure. Deep Slow Motion? Well, yeah! HipHop? Certainly. And Melodies? And Banging? And Deep? Okay, works for them. And still there is a clear trade mark sound that is just what makes Trickski so singular.
Their openness to many sides has won them friends and critical acclaim very quickly, and so it went that the co-productions of Yannick Labbé and Daniel Becker as Trickski came to fill the record cases of international DJs across all genres. On top of that Carl Craig featured their first single „Sweat“ on his legendary Fabric 25 compilation, which gave Trickski‘s kick off an extra booth.
From 2006 to 2008, the next step followed: Yannick and Daniel were in charge of the limited series “Member of the Trick”. With the help of Berlin’s infamous Sonar Kollektiv, they published ten vinyl EP’s and one CD-compilation. The “kindred spirits” involved in this project were artists from the likes of Skwerl, early Solomun (head honcho of DIYnamic), Future Beat Investigators, Schmutzig de Mutzig or the duo Leroy & Darnell.
After extensive touring in 07 – 09 it got a little quiet around Trickski even though they released great 12“s on Future Classic and Chicago based Stilove4music. They attitude is rather to release less and and do this with all their love than putting one 12“ after the other on the market. During that time Trickski have also been the resident DJs at their favorite Berlin club, “Cookies”, every third Tuesday of the month for the last two years, inspiring young women and music nerds alike to tear it up on the dance floor – sometimes with a special guests like Trevor Jackson, Eddie Fowkles, Solomun. Quarion, Glass Candy (live) or Rainer Trüby, and sometimes without one.
2010 Trickski found a new homebase: on one side it is Suol, run by their good friends and soulmates, Johnjon & Chopstick from Berlin and on the other hand it is the amazing SloHouse inprint Delusions of Grandeur from the UK. Both 12“s (The Warm up / DOG and After & Before / Suol) got amazing feedback. Their tune Pill Collins was even in the world wide top ten at Soundcloud in August 2010.
In the first half of 2011 Trickski will finally release their long awaited debut album on Suol. On top of that there will be more slomo pump on DOG! Exciting!
Trickski released on labels like: Sonar Kollektiv, Compost Records, Compost Black Label, DIYnamic Music, Delusions of Grandeur, Defected, Suol, Stilove4music, Future Classic, Gigolo Recordings, Mood Music, Raw Fusion or Mina Recordings and djs at clubs like Cookies, Weekend, Watergate (Berlin), Fabric, The End (London), Goa (Madrid), Club 11 (Amsterdam), Dornroosje (Nijmegen) Zukunft (Zurich), Dada (Tel Aviv), APT (New York City), Electric Pickle (Miami) Civic Underground (Sydney), FFour (Melbourne), Gilles Peterson‘s Worldwide Festival (Singapore), Vega, Culture Box, (Copenhagen), F12, Kruthuset (Stockholm), Nouveau Casino, Batôfar (Paris), Sottomarino Giallo (Milan), and many more. 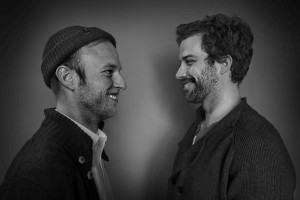