Pugs Atomz and Inkswel? This sounds like a match made in heaven. Though it wasn’t in the clouds above where the Australian producer and the Chicago rap ve- teran met each other. As a matter of fact it was on Instagram where the two linked up for the project you’re now listening to. Initially the idea was just to work on one or two songs together, but over the span of a year the creative collaboration flourished into a full length album, now titled «The Moon».

Both artists have released separately on labels such as BBE and Tokyo Dawn and share many musical allies. Either way it seemed to be the perfect fit for Pugs Atomz, the seasoned Chicago rapper, radio host, designer and muralist to interlink musical landscapes with hip hop futurist producer extraordinaire Inkswel.

Pugs Atomz is a force to be reckoned with in the international hip hop community, at home in Chicago but with a broad international vision. He has collaborated with the likes of DJ Vadim, Moodymann, Greg Blackman, Simbad, Tensei, Dibiase, Blackspade and countless others. He
is one of the pillars of the Chicago hip hop scene still hosting regular community radio shows and pushing the arts further than just music with his clothing store Iridium and his own fashion label Usuwe93.

Inkswel has laid a strong foundation as a producer and DJ over the last ten years, collaborating with and remixing the likes of Georgia Anne Muldrow, Frank Nitty, Lmno, John Robinson, Ahu, Steve Spacek, Amp Fiddler, Illa J, Tableek and Crazy P. His output over the last few years has been infamously enormous delivering high quality productions on a steady rate. He has toured the world as an in demand DJ playing shows from Moscow to Paris, New York to Japan and New Zealand to Spain.

With «The Moon» you can expect a hip-hop album deeply rooted in the rich heritage of the art form but also exploring its boundaries. Inkswel’s beats, arrangements and productions create whole new dimensions by paying homage to the cut and paste style of Madvillain or the forward thinking approach of contemporary soul classics from the likes of Steve Spacek or Frank Ocean. No wonder Pugs Atomz feels super comfortable and delivers some of his finest rhymes. They are as inspiring as catchy, and always on point, of course. In the end this could be the finest work assembled by these two audio mechanics. But that’s up to the audience to decide. 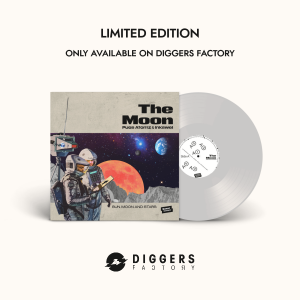 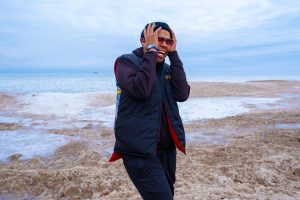 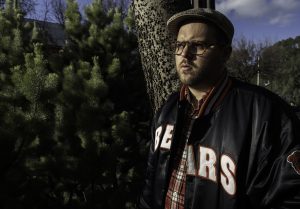