QUASIMODE is a 4 piece Jazz band made up of YUSUKE HIRADO (piano, keys), TAKAHIRO “MATZZ” MATSUOKA (percussion), TAKASHI OKUTSU (drums) and KAZUHIRO SUNAGA (Bass) not to forget the production skills of MASATO KOMATSU aka SLOWLY. They are based in Tokyo, Japan and formed in 2002 since which time they have already gained strong support in their native land. They have had releases on Freestyle Records, Inpartment and Columbia and now thanks to JAZZANOVAs Sonar Kollektiv they will also get a chance to do their thing on the European and global scene. With a mixed club and Latin feel they deliver all their music live and so represent a new breed of Jazz bands who have gained a strong following with DJs and on the club circuit while all the time still thrilling live audiences.

Their sound is based on authentic jazz rhythms from the 60s and 70s and has been linked with similar Jap-Jazz bands like SOIL & PIMP SESSION and SLEEP WALKER. In fact, The Man From Nagpur features MASATO NAKAMURA from SLEEP WALKER on saxophone. MASATO also plays on the down-tempo chill out number Raw Cotton Field. Other guests on the album include one of the world’s greatest jazz vocalists CARMEN LUNDY on the song Time Is Love which originally appeared on the POTTER AND TILLMAN album Space Rapture. CARMEN’s vocal performance is so powerful, it’s guaranteed to blow you away. And Tokyo based singer/songwriter MIKA ARISAKA also features on the song Dark Beauty as guest vocalist. 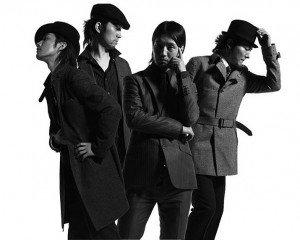