The White Lamp is the brain child of legendary House & Techno DJ, Darren Emerson.  Along with Bristol instrumentalist-singer, Pete Josef, they have combined their talents to create one of the hottest new acts of 2012.

Keen to ensure the White Lamp sound is not pigeon-holed in one of the gazillion sub-genres of House or Techno, the outfit wanted the music to do the talking, so, with no mention of Darren’s part in the project, their debut track “It’s You” (remixed by Ron Basejam, Eats Everything & Christophe on Futureboogie Recordings) had over half-a-million Youtube hits, and was included in both Resident Advisor & Mixmag’s Top 50 tracks of the year.

Darren’s musical pedigree spans across three-decades, having success as a solo-DJ either side of his role with one of the World’s finest Dance acts (Underworld).  Some even credit Darren as one of the pioneers of the early Tech-House movement, with notable early releases on his previous successful label Underwater.  Pete Josef has been playing music from early on, and after working on a number of projects across genres, he came into contact with Roni Size in 2006.  The two hit it off and after a period of sessioning he was asked to join Reprazent as guitarist for their busy worldwide touring schedule.  Through his work with Roni Size Pete came into contact with a number of DJ producers, and has since lent his vocal flavor to several releases on big dance labels such as Friend Within (Method), Alex Barck (Jazzanova), Pascal and Urban Absolutes (Sonar Kollektiv), and Jody Wisternoff (Anjunadeep).

Having begun working on the early and somewhat-Leftfield vibes for The White Lamp, Darren was introduced to Pete and what started as an unintentional jam, turned into an exciting and diverse House band set for great things.

With several releases already landing on Jazzanova’s Sonar Kollektiv, an exciting forthcoming single on Scuba’s Hotflush Recordings (not to forget the licensing of “It’s You” from Futureboogie to Ministry of Sound (UK), ITH (Defected in the House) and Needwant), The White Lamp are well on track for their 2014 debut album.  They are also now exploring live avenues having widely impressed during a White Lamp DJ/PA set in Berlin earlier in the Summer of 2013, to add to Darren’s White Lamp DJ set the previous night which debuted at the opening of Pacha, Ibiza, at IMS. 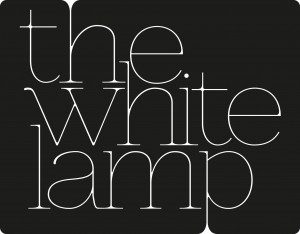