ROLAND APPEL gained recognition from his peers and from a growing audience of soulful deep-house of lovers thanks to the 3 EPs Dark Soldier / Changes (SK158), Unforgiven (SK168), Innersoul/New Love (SK178) that came out on Sonar Kollektiv. He is nevertheless no newcomer in the world of music production. He started spinning records and producing music in the early nineties. As a member of FAUNA FLASH with his long-time partner and friend CHRISTIAN PROMMER, he pushed his fame with 3 full-length albums, many 12“s, remixes and appareances on very famous labels such as Compost Records, G-Stone Recordings and !K7. Both of them also teamed up with PETER KRUDER and produced as VOOM:VOOM sublime pieces of electronica on the labels Compost and K7!. ROLAND’s career peeked up with the band he formed with RAINER TRÜBY and CHRISTIAN PROMMER – TRÜBY TRIO –, whose album Elevator music has been a great success that crossed over the german broken beats and dance music scene. With those music projects he made a name for himself, toured all around the world and played in the best clubs such as Fabric in London, Cielo in New York or Yellow in Tokyo. He also had the opportunity to be on stage at the biggest music festivals such as Roskilde festival, Sonne Mond und Sterne, Sunflower, Big Chill Festival, 10 days off and Montreux Jazz Festival. ROLAND gained a lot from all those team-projects but he also felt the need to work on his own. 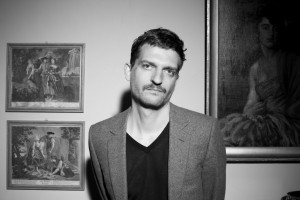