Philadelphia’s own, Hollis P Monroe is responsible for classic songs in both the Deep House and Funky Breaks genres. Over the last 20 years, Hollis has made sporadic yet significant musical contributions on highly respected labels including Ovum, Defected, West End, Stickman, Soul Candi, and Jive Electro. In 2012, Hollis was rejuvenated by Noir Music’s superb remixes of his timeless track, “I’m Lonely” and reinforced by ultra-talented Montreal music veteran but relative newcomer to House music, Overnite. Overnite brings his vast experience as a vocalist and producer into the musical direction, DJ sets, and live performances as they swiftly moved forward as The Black 80s.

Sometimes billed as Hollis P Monroe & Overnite, The Black 80s quickly made a big impression on the House community with highly acclaimed releases on Freerange, Compost Black Label, Defected and N A U as well as stand-out collaborations with Rampa for Keinemusik, KiNK & Sierra Sam for Upon You Recordings, Ruede Hagelstein for Watergate Records, Trickski and Till von Sein both for Suol, and Kevin Over and Marc DePulse both for Noir Music.  These, among other well-received releases, lead to the duo being named by Traxsource as one of the Top Deep House Artists of 2014.

The Black 80s took the next year to focus on creating a new body of work, refining their sound and putting the finishing touches on their album debut Heart To Art which is currently slated to be released in the fall of 2016 on the ever eclectic enigmatic Sonar Kollektiv label.  This soulful collection of introspective song-based tunes gives a vague glimpse into the imaginable perspective of the life and love of any DJ you might know… or be… 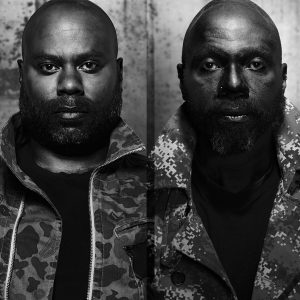