EnaWadan is a young South African born musician.
Describing himself as an undoubted hard worker and a person who firmly
believes in the unlimited ability of oneself, to him, reality is an infinite canvas
where the self realized self expresses self. “Life is art”. A philosophical
concept that serves as the power to any artistic endeavour he sets his energies upon.

The meaning of the name EnaWadan is quite complex but unique in its description.
it means “I am everything in anything, yet I am I.”

Belonging to an African spiritually defined family, music especially
African traditional music is an art that he is very familiar with.
Born into a family where his grandmother is an African traditional
healer, the very first musical instrument he was introduced to is the
African Drum and the casaba makeshifts made out of tinned food cans
filled with sand. Rhythm is something EnaWadan clearly understood from a
very young age, hence the connection he exhibits in his music.

EnaWadan is a musician who clearly understands what he is emphasizing in
any given musical project he undertakes, as he thoroughly understands that
melody, rhythm, harmony and dynamics are paramount when one
endeavours to evoke the emotions to establish a deeper mystical connection.
He derives musical inspiration from his African roots, African music and
African Culture itself. But, EnaWadan is quick to add that he doesn’t
associate himself with one type of music, as it is a firm belief held by
him that music, no matter what the cultural background it roots from,
as long as the music appeals and establishes emotional rapport with the
listener, that is enough for a person to fall in love with the craft and so forth
derive influence from it. Dance music appealed to him simply because of the connection that gradually grew into a love affair.
Influences on the direction he decided to steer his musical craft are from all
renowned dance artists, the likes of Louie Vega, bob sinclair, Boddhi Satva and Osunlade, just to mention a few.
To him, the above mentioned artists he finds himself being able to relate
to because of the unique, rhythmical, aural vision they infuse in whatever craft they put out. 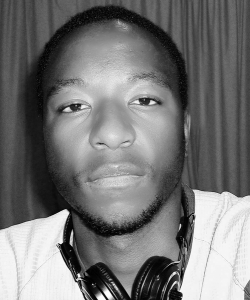