Marlow’s interest in electronic music started in the late 80s with bands like Depeche Mode, Yazoo and Kraftwerk. Quickly he also came across early acid house and techno tracks. After consistently consuming of „Electronics Tapesessions“ running on GDR-radiostation DT64 and vinyl records of his early heros, Marlow began to explore the arising house and techno scene around Leipzig developing in the beginning of 90s. He acted as sound engineer in just set up underground club „Distillery“. This – after moving into a new location – earned him after his first DJ’ing attempts the alias DJ Elektro. During the 90s he often played as support with DJ Pierre, Supa DJ Dimitri, Matthew Herbert, Jazzanova and Jeff Mills. At festivals like Sonne, Mond & Sterne, Melt or Nacht Digital Marlow constantly ran the turntables.

In the 90ies Marlow enhanced his sets with hop hop, trip hop, jazz, funk and soul and upgraded to a broad range of music. Later he commenced with sampler, drumcomputer and pc – tentative steps towards own productions. With Moon Harbour Records, the label of his fellow and workmate Matthias Tanzmann, he found a platform to release his tracks. Simultaneous to his studies of media design at Bauhaus University Weimar, his recordings and remixes originated on various labels like Moon Harbour, Room With A View, !K7, Sonar Kollektiv, Z Records or Compost. After DJ gigs allover Germany, invitations followed to Paris, Kopenhagen, Istanbul, Valencia, Varna or Krasnodar.

After Marlow operates as docent for audio productions and sound design at Bauhaus University Weimar he works currently as a project manger at Deutschlandradio Kultur, a big german public radio. As mixing engeneer he did some work for different musicians like Mathias Kaden (complete Album “Studio 10” on Vakant and more tracks and remixes), Matthias Tanzmann or Jazzanovas Alex Barck. In common with his fellow and DJ-co-worker ComixXx, he released on Konsequenz Records and solo on Objektivity and the Hamburg / Berlin based label Room With A View and actually remixed tunes for Mouse T.’s Pepermint Jam and Jazzanova DJ Alex Barcks brand new label Reunion. After his last releases he was invited by Gilles Peterson to do a guestmix for his Worldwide Show on BBC 1. Marlow lately teamed up with Rainer Trüby for various remixes (for Richard Dorfmeisters Tosca on K7!, Joey Negro’s Sunburst Band on Z Records and for Bet.E & Stef on Universal Canda). 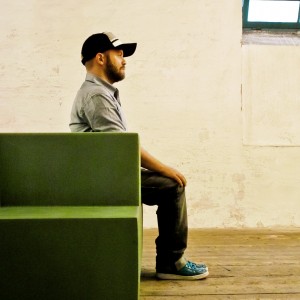