The name PAUL „SEIJI“ DOLBY doesn’t just count for something with DJs. As a member of the „Broken-Beat-Supergroup“ BUGZ IN THE ATTIC, to which other such illustrious names as DAZ-I-KUE, ORIN „AFRONAUGHT“ WALTERS, KAIDI TATHAM or ALEX PHOUNTZI belong, the west Londoner has made a name for himself as a pioneer and innovator of club music.

Since the 1990s this eight piece collective have from their homebase in the London subburb of Richmond built themselves up an incomparable profile: their own label, BitaSweet Records, countless remixes for among others JAZZANOVA, AMY WINEHOUSE, MACY GRAY, VIKTER DUPLAIX, Blue-Note legende GENE HARRIS, or 4HERO – the killer remix of Hold It Down first showed a greater public that something big was happening here.

2005 their major label debut album Back In The Doghouse came out, with which the BUGZ seem to have via V2 Records once and for all conquered the club world– hit singles such as Booty La La or the 80s remake Don’t Stop The Music certainly speak a plain language, which by now is also reaching an audience as a live act.

In this success story SEIJI comes through with a very special prominence: BASEMENT JAXX, QUANTIC, IZZI DUNN, MICATONE or MARK DE CLIVE-LOWE are just some of the people who have asked him to do remixes. With a classically educated background (SEIJI is not just a producer and keyboardist but also a brilliant cellist) he always brings his rhythmic productions to the point – which has also lead for example to releases on 4HERO-Labels Reinforced und 2000black.

Despite all these various commitments SEIJI still found the time to make his skills available for a new kind of project: with Seiji DJ Tools a brand new Sonar-Kollektiv series is introduced, which places the focus not on artist albums but rather on functional music of a very high quality. Its about a contemporary form of library thinking, about music that is produced and written with a view to a very particular range of use. Wether, as in this case, DJ Tools, or radio jingles or soundtrack music, the tools series should be a creative playing field for well known producers as well. A field for experimentation off the beaten path providing new options for the artists as well as for the label and of course also for the listener. Two to three releases in this series are planned per year.

In the case of Seiji DJ Tools it is about a concrete problem that many DJs have who play eclectic sets with changes in tempo and stylistic variation: its not always easy to find good transitions, seamless transitions from one facet of a DJ set to the next. This is where the Seiji DJ-Tools come into play: his solution is creating open sounding, crispy two to three minute long, lovingly arranged club-miniatures which any DJ can use within a set to allow changes in direction and breaks which don’t just sound like a complete change of tack.

With a hint of Grime, Broken Beat, Hip Hop, 80s Funk, but also Easy Listening, its most clear that fast paced tight breaks dominate – plus typical BUGZ ingredients like square wave synths and the infamously fat bass-lines. These sounds would fit DJ-Sets from Broken Beat through Drum&Bass and on to Elektro proving once again that amalgamated, genre embracing power, that sounds from the BUGZ-IN-THE-ATTIC crew are always guaranteed have. 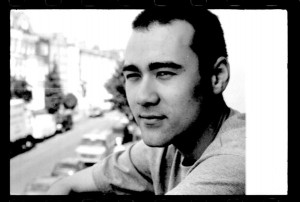