Berlin, Germany based downtempo duo – part of the Jazzanova collective.

After several collaborations in the local berlin underground hiphop scene they became the music-producing and composing part of the 2-mc’s-and-a-dj crew “a real dope thing” from 1993-1995 being responsible for their jazzy and mellow vibe. During that period they met Roskow Kretschman who also was involved in the berlin hiphop scene. Together they worked for the first “delicious doughnuts” (a berlin jazz club) -compilation and did some live gigs for the “hitchhiker’s project” in 1994.

After several remixes & productions they released their main debut-album “Solid Water” in 1998 (CD: 1999) – still a reference in downtempo music. Their tracks appear on lots of compilations all over the world. 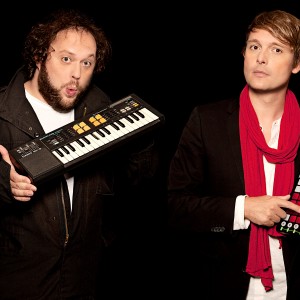