Against all the basic premise of the DJs in general, Nomumbah is here to be the opposite of disposable. Your search has numerous musical references with emphasis on electronic, instrumental music and soul music.
Designed by experienced artists – Ale Reis, André Torquato and Rafael Moraes, and united by the same goals (their musical references) share their past experiences in the studio alongside established names, allowing them to wander among the different rhythms and genres, inspired by the freedom of improvisation.
His Sets seek to be timeless and without restrictions of genres, based on the musical quality.
Have performed in countries such as Germany, Spain, France, United States, Argentina, Canada and Greece and festivals like Future Sounds Of Brazil, besides constant appearances at Club D-Edge.

His debut album “Love Moves” was praised by the likes of Henrik Schwarz, Atjazz, Jazzanova and Louie Vega that included in his compilation “Defected In The House”.
Releasing remixes for labels as renowned Sonar Kollektiv, Strictly Rhythm, Yoruba and seals as important underground Ocha Records and Deeper Shades of House, reached the support and respect of important names in the scene that has your work as a reference not only avant-garde Brazilian but worldwide. 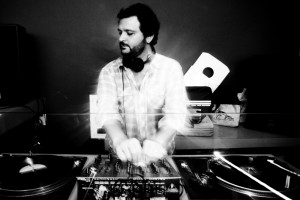