Pete Josef has always been a soul boy at heart, but his Multi-instrumental skill’s have led him into some interesting situations.  He has for years been recording and playing live with with D&B legend Roni Size and Reprazent, and fronts and co-produces the lo-fi house duo White Lamp with Darren Emerson (underworld). He spent the summer season of 2014 on tour as bass player and guitarist in Kelis’ live band, gracing the stages of UK’s Glastonbury festival and Jools Holland, Splendour in the Grass in Oz, and Fuji Rock in Japan. Whilst in this time also working on his debut album, Pete has been busy collaborating on some exciting dance productions. He co-writes and sings on Alex Barcks summer sizzler, Spinning Around, Sascha Braemers club smash For You, and more recently on Comixxx’ deep masterpiece, Broken Connection. The dance features keep coming in, and inform a sprinkling of electronic sounds in his originals. As album two is already bubbling in his mind, his focus now will be his new live trio, which fuses all his soul, world, dance and jazz influences into an exciting mix for stage. 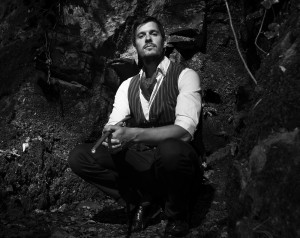