Ruth Maria Renner is a real artist. She writes and composes her own songs, does her own beat-programming, instrumentation and arrangements. By doing so she can optimize the most the important ingredient of her music: her voice. But all this wouldn’t be possible without some helping hands: DJ Illvibe and Monk, the producers of the popular German Hip Hop act “Moabeat”. The two of them help Ruth in the actual realization of the tracks as well as being the core of the band she performs with.

Ruth Maria Renner’s album “Rock Me” was the first highlight in her carrier. A carrier which she soon started after she arrived in the “Sweet City” of Berlin, Germany in 1989. On her path as a singer/songwriter she collected a lot of experience singing in different German Reggae, R’n’B and Hip Hop bands such as “Cultured Pearls”. But first when she met “Moabeat” and started to work with them she was able to formulate her own song ideas. Furthermore she started to bring her own tunes life on stage.

After releasing on Sonar Kollektiv Platnum changed her name to Miss Platnum to released several successful albums on labels such as FOUR and Virgin. 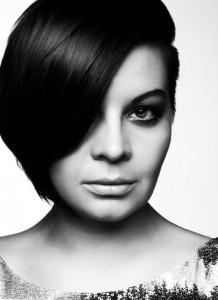