Phil Gerus is a natural musical talent who oozes sound from every pore. Fusing together cassette pop, house, soul, r&b and funk, his sounds are effortless but hugely emotive and have come out on labels like Sonar Kollektiv, ManMakeMusic, Symbols and FuseLab. Growing up in Moscow, Phil studied classical piano and was heavily influenced by his parents’ music tastes, including jazz records of Oscar Peterson, Bill Evans, and Keith Jarrett, it is these classy vibes that permeate his own creations.

It was in September 2014 that Phil got his latest break, namely being signed to the excellent ManMakeMusic label for an EP that proved his breath taking electronic sound is truly unique. Phil has played around the world at leading clubs like Japan’s Dommune and various hotspots in Europe and Russia. Phil is also a regular guest on radio shows around the planet and is considered as an artist on the rise. 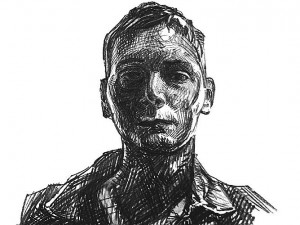