Dominic Stanton is the real name behind many of dance music’s most mysterious pseudonyms: First there is Sonar Circle, avant garde Drum and Bass outfit signed to the legendary Reinforced Records. Then Domu, his main guise, designed to further the explorations of the syncopated rhythm, remixing and appearing on many labels such as 2000Black, Archive, Ninja Tune, Sonar Kollektiv, Compost, Rush Hour, Especial, Bitasweet, Schtum among others. Umod, the backwards glitchy hip hop kid, all nerdy and introverted, has had one album and a few remixes on Sonar Kollektiv, Jazzanova’s imprint. Then the collaborations: Bakura with Robert Marin on Especial Records Japan, a boogie–Brazilian fusion, culminating with the Reach The Sky, their first LP released 2005; alongside Archive and Neroli head honcho Volcov, there’s Rima – with an album that dropped on Compost Records in 2003 (with much sought after artwork by Dutch uber-cool designer Delta). And Finally, Yotoko, the experimental Techno outfit, formed with web designer and long time friend, Shiftee a.k.a Dave Farlom. The Dutch label Delsin was home to the LP “Wet Ink” from 2004.

The follow up to Domu’s 2001 LP “Up and Down” was released in December 2005. “Return of the Rogue” is a step further into the depths of drum, synth and vocal explorations. Remixing work has included reworks for The Rebirth, Atjazz and Vanessa Freeman.

Elsewhere, work has also started on the third Domu LP, and the second Bakura and Umod LPs are well into production. Domu also runs Treble O, an mp3 based label (we told you he was a busy man!). Check www.trebleo.co.uk for more info. In other areas, Domu has also regularly featured as a DJ/host on BBC’s 1Xtra, hosting the Xtra Talent show from January ’08 to March ’08 and covering Benji B’s Deviation show on numerous occasions. For more information & show archives visit: www.bbc.co.uk/1xtra

Before his retirement Domu put together his last ever album, a compilation of his One Offs, Remixes and B Sides for Tru Thoughts. It compiles the best cuts from his long and industrious career. 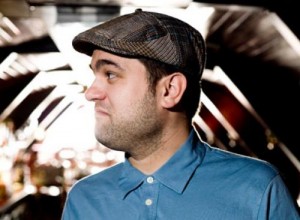