For those who didn’t notice yet: At the end of May «Time To Recover», the debut album by Feiertag will be released.

For five of the sixteen songs strong singles the busy producer asked some friendly singer-songwriters to join him in his studio.

On «Follow», we can enjoy the enchanting and multifaceted voice of  Tessa Rose Jackson.
A voice suiting Feiertag’s sound so magnificently you wish for an album by Feiertag featuring solely the singer, producer, film composer and artist from Amsterdam.

But for now we are looking forward to «Time To Recover» by Feiertag himself with lots of thrilling collaborations and even much more damn good music. 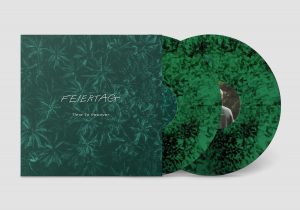