The second installment of the Neujazz series sees label manager Oliver Glage explore a wealth of (mostly) homegrown talent from the Sonar Kollektiv camp. There has always been Neujazz – the improvised art-form by its very nature and definition always delivers something “new”, and despite the popularity of the genre in the late 90s, and the media’s desire to pigeon-hole music as such, “new jazz” has been omnipresent even since the first musicians played together in New Orleans, or even further back to the genus’ African roots.

Here then is a family snapshot, rooted in jazz, of the contemporary artists making their mark on our scene in the early 2020s. Some, like Micatone, Radio Citizen and label luminaries Jazzanova themselves are veterans of the movement; others, like WAAN, Tutu Amuse and Key Elements are relative newcomers, experimenting with their sound and finding their groove in this always forward thinking musical clan.

On this album you’ll find a number of exclusive tracks and slept on gems, but one thing they all have in common is something that is shared with King Oliver a century ago, and the African drummers that came before – that desire to spread a positive message by use of the musical freedom that jazz gives them.

The album kicks off with the babies of the bunch, newcomers WAAN, and the appropriately entitled Open, taken from their forthcoming album. Pulsing keys make way for gorgeously languorous drums, which are then joined by perfectly pitched woodwinds. The three elegantly intertwine and separate, before dispersing and leaving the listener wanting more. Fans of the UK jazz sounds of artists like Gogo Penguin, Mammal Hands, Matthew Halsall, or Portico Quartet won’t be disappointed.

Tutu Amuse represents the musical and artistic union of guitarist, vocalist and actor Rosa Landers and drummer, composer, vocalist and producer Janek van Laak. Their recent album, recorded in the Marzahn tower blocks of Berlin, and entitled Two To Amuse, trod a delicate path between contemplative, sparse and pensive moments, and more frank, provocative and frankly racy ones with the album striking a deliberately uncomfortable balance between intensity and reflection. Ohm probably falls on the side of the latter with its acoustic, ‘60s free love feel complete with naive sounding vocals and a wistful tone. “New Jazz”, of course, doesn’t always have to sound like the future!

Another outfit who were “made in Berlin” are Sonar Kollektiv stalwarts Micatone. This enduring six piece have been making music together for almost a quarter of a century. Their sound has developed over those years from more electronic roots (thanks largely to the programming work of Stefan Rogall) to the far less convoluted melodies you can hear right here on the exclusive track, Going South. Lisa Bassenge’s vocals remain a constant in Micatone’s output and here she delivers a sweet and honest performance that bodes well for what’s to come next from this prolific band.

If Lisa’s tones have been a touchstone for the imprint during its foundation, then one man who’s very much been the voice of the label in recent years is the blue-eyed soul singer from Bristol, Pete Josef. His intimate, jazz inflected vocals aside though, Pete has also always taken the reins on his own productions. Here, on Pinos Altos he does just that with a sultry piano led beauty that’s another exclusive on this star studded compilation.

And stars don’t come much brighter than the stellar production outfit, and founders of Sonar Kollektiv, Jazzanova. If selecting a track of your own is a tough task, then imagine trying to do so with a back catalogue as deep and diverse as theirs. The production collective’s work ranges from early dance floor facing club anthems to their more recent focus on performing as a live band, and it’s from their more current material that Joy Road was selected. The track is lifted from their fresh collaboration with DJ Amir, 180 Proof Records and UK label BBE to celebrate the output of Detroit based label Strata Records. Despite its title, Joy Road is a melancholic piece played by the Jazzanova live band and very much conjures up the feel of what it must have been like to be in late ‘60s Detroit at a time of huge decline and subsequent civil unrest. It’s a contemplative cut that sits perfectly at the heart of this compilation.

Originally released in 2020, La Parisienne by prolific Dutch producer and live-act Joris Feiertag lifts the mood some what and is something of a modern jazz funk track, reminiscent of the glorious days of ‘70s library music while forging links to the aesthetics of Early Sounds Recordings in Napoli or Mildlife in Melbourne. It’s the epitome of an underrated release from the label, so here’s another chance to immerse yourself in this inspiriting slice of beat driven musical goodness.

Having traded the great Californian imprint Ubiquity for a return home to Germany with Sonar Kollektiv, Munich based Niko Schabel and his Radio Citizen project haven’t looked back. Their delicate balance between electro and acoustic sounds, between live instrumentation and programming or samples, have always made them an obvious fit for the label. The other thing you’re always guaranteed with Radio Citizen though, is a sense of drama and Kantine, which is exclusive to this compilation, delivers just that. Marching drums, inquisitive horns and pressing percussion combine to conjure up a typically climactic concoction that could only come from this illustrious outfit.

Once again very much representing the “new school” come Key Elements – the brainchild of Berlin producer and co-founder of Beatkollektiv, Marian Tone. Tone’s hip hop roots are always evident in his productions, as is the case here with previously unreleased and exclusive track Space. Despite the junglist tempo of drummer Waldi’s playing and the very jazz feel of Marian’s keys, a hip hop aesthetic underpins the music, as it does with all of Key Elements productions. This is very much music for the “heads” and a track that you’ll find something new within on every listen.

The jazz oeuvre has always thrived on musicians exploring their own take on a “standard”. With a nod to that tradition then, this compilation wouldn’t be complete without a cover version of its own. Here, South American woodwind master Vinicius Mendes offers up his vision of Brazilian songstress Joyce’s classic Aldeia de Ogum. Miss Moreno’s vocal line is seamlessly replaced by Vinius’ flute with great effect. The 2021 recording is part of a perhaps overlooked album that featured Lucas de Moro on Rhodes and Wurlitzer pianos, Paulo Cardoso on acoustic and electric bass and Cyrano Almeida on drums. It’s an uplifting and life affirming take on a Rio anthem that’s not easy to make your own.

Finally, and continuing the South American feel, come Dutch singer-songwriters Roos Jonker and Dean Tippet. Their underground hit This One is a timeless and intimate duet that might best be described as digi-bossanova! It’s the perfect way to round off this celebration of forward thinking yet nostalgic, electro-acoustic, bitter-sweet jazz music. 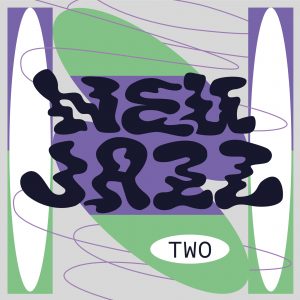 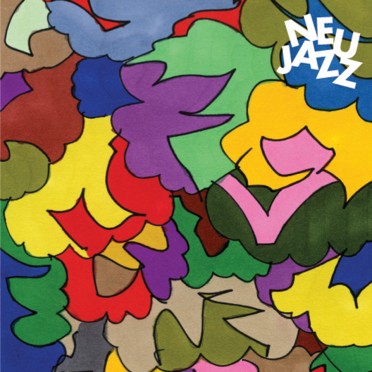 Read more 14 / 01 / 2008 Neujazz – compiled by Jazzanova JAZZANOVA explore an emerging scene of club Jazz music with their latest compilation Neujazz featuring the stars of this new movement. All of... Read more, please click 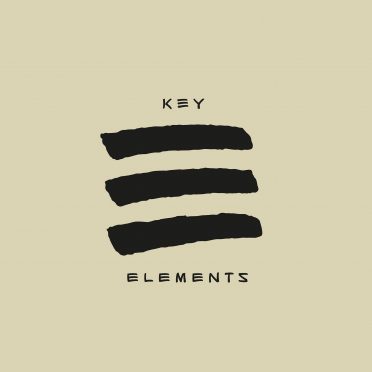