Dimlite – Back To The Universe / In Groups To The Hydrandd

“Beep Beep Beep.”
Dimlite’s imaginary soulmate Kink Artifishul gets aroused. “Back To The Universe” is already one of the standout cuts on the forthcoming LP “Runbox Weathers” (SK060CD/SK060LP), but in this version the young Swiss lets the sunshine through the clouds in order to stir up your floor and listening habits. The flipside “In Groups To The Hydrandd” starts as an epic journey back from outter space into a hot summer, and continues with deep down strings, moody loops and a beat that won’t let you sit still. An invitation for a ride to the unscrewed hydrant.

In his own words:
“At the moment Kink Artifishul and me form the group called “The Slapped Eyeballers” … He’s singing, even though he’s not able to, and i do the music. What could make the difference to previous Dimlite tracks, is the focus on the Songstructure. “Songstructure” in this context used as another word for “modelling clay”.. Because it is Kink doing the singing on “Back to the universe” and because we were appalled about the finished song we decided to remix it on our own… Besides trying to bring the track a bit closer to earth, our goal was also to eliminate a serious mistake in the lyrics… and to cover up that we love L. Ron Hubbard’s favourite Jazz musician. We failed in both respects. Anyway The Slapped Eyeballers recently started to work on some future material.

On the flipside you find ‘In Groups To The Hydrandd’ which was intended to be an exclusive contribution to a compilation called ‘The Now Factor’ on Zürich based Ish Records. That’s why i did an LP-version of it – slightly different to the original, but hopefully painting the same picture.” 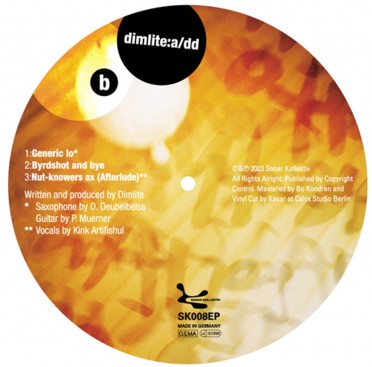 Read more 03 / 08 / 2003 Dimlite – A/DD The moment the first Dimlite CDR found its way into the Sonar Kollektiv CD player all the DJs got hooked to the speakers... Read more, please click 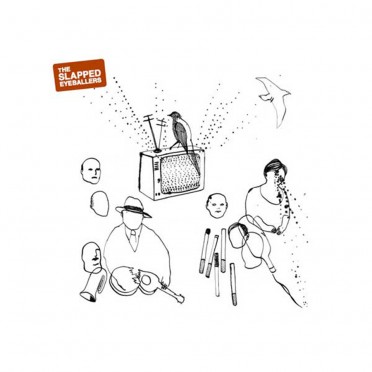 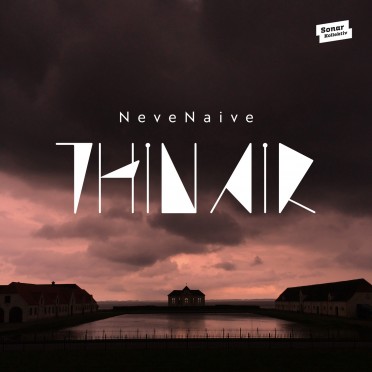 Read more 12 / 02 / 2015 Neve Naive releases new EP It's been already about two years since their last album "The Innerpeace Of Cat & Bird". Since then Neve Naive spent quite some... Read more, please click