Almost a year has already gone by since the elusive collection “The Magic Sound Of Daniel Grau” (SK281CD / LP) came out on Sonar Kollektiv. The 27-tracks-strong compilation of the best productions and compositions by the resurrected Venezuelan studio engineer and producer, who had his main output between 1974 and 1983, evoked a strong response within collectors’ circles as well as with free-spirit DJs. That’s why – accompanying the release of the double CD – Sonar Kollektiv asked several DJs and keyplayers of the Cosmic Disco influenced club scene for remixes. Over the last twelve months, spread across four EPs, such illustrious names like Daniel Wang (“Robot Magico” and “Disco Fantasy”), Jacques Renault (“Atlantis”), Mark E (“Combination”), Ray Mang (“Los Amigos Invisibles”) and Soul Clap (“To Night”) have given these tunes a contemporary lift-up. But also newcomers and less well-known artists like Max Graef (“Tren Del Espacio”, “Delirio En Fa Menor”), Delfonic, Debonair and Marcel Vogel (“Corre Caminos”) have turned in remixes that perfectly represent in its unity the heterogeneity of current dance music. On the now available “Reworks” compilation you can find all of these 14 remixes assembled tidily. As if the production duo Tuff City Kids (Philip Lauer and Gerd Janson) isn’t busy enough these days (their debut album is due soon) it beats us the head with four (!) remixes of Daniel Grau tracks. And this, of course, in a manner we’re familiar with when it comes to Tuff City Kids remixes: Confident in style and sound aesthetics as well as a fireproof guarantee to fill every dancefloor far and wide. A highlight is their remix of “To Night”. This song was recorded by Daniel Grau only last year, after a 30-years-lasting hiatus. That’s why it’s all the more pleasant for him, as well as for us obviously, that the song now, in the version of the Tuff City Kids, will be played in every club and on every radio station around the world wanting to spread love, happiness and a good mood in the most hip and sophisticated way. With this remix compilation Sonar Kollektiv displays once again how important and almost style defining the sound of Daniel Grau was for the current club music. Without him ever having a presentiment towards it and vice versa neither. Pure Magic! 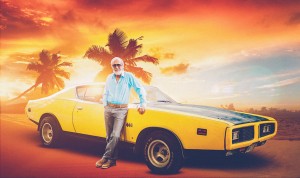