Berlin got a new show in 2006, Belle et Fou realised by four star chef and event caterer HANS-PETER WODARZ and producer/director ARTHUR CASTRO. Besides dance, theatre and refined culinary delights, this new project from the makers of Pomp, Duck & Circumstance has one very special highlight to offer: the soundtrack is by JAZZANOVA.

The Berlin collective not only made a selection of tracks from the Sonar Kollektiv label catalogue available to director ARTHUR CASTRO, the main theme tune is original JAZZANOVA material specially written for Belle et Fou.

Of course this soundtrack is not to be seen as a pure JAZZANOVA album (the new one is expected next year), rather it should be seen as a commission piece but one which still has all the charm you can expect from a collaboration like this. For ARTHUR CASTRO who has always been a fan of JAZZANOVA it was an obvious choice to trust them with making the accompanying musical mosaic to this concept show. And JAZZANOVA where equally thrilled with the challenge of for once not having to ork on their “own” material, rather to work with a director in order to make music which serves the purpose of the concept as a whole.

Of course the music written especially for Belle et Fou has something special. In the tradition of the “orchestral“ soul of the 70s, BARRY WHITE, MARVIN GAYE and the Blaxploitation Soundtracks by ISAAC HAYES were the basic musical idea. But JAZZANOVA also takes trips deep into folk, acoustic jazz and classic. And this was part of the attraction of the project for JAZZANOVA: to amalgamate these elements with their own sound. Lush string arrangements and brass sections as well as live guitars, bass and special instruments like harps meet the drum programming that has made JAZZANOVA stars of the worldwide club scene. STEFAN LEISERING and AXEL REINEMER spent no less than 5 months in their „EXIT“ studio working on the many instrument recordings in order to deliver something that met with ARTHUR CASTRO’s specification.

As well as the new and exclusively produced Belle et Fou – Songs, a selection classics from the Sonar Kollektiv back catalogue became part of the show. This mainly song orientated material fits perfectly into the Soul/Jazz context.
For example D-D-D-D-Dance by MICATONE (taken from their 2005 album Nomad Songs (SK061CD/LP), with its funky groove is a loving homage to HERBIE HANCOCK, or CLARA HILL’s opener to her first album Maybe Now (taken from SK012CD/LP – Restless Times), but also the disco track Keep On Making Me High by GEORG LEVIN which was recently also released on 12” vinyl (SKbut has been completely reworked for this musical score There’s also something for friends of advanced breaks in the form of Just A Lil’ Lovin by OUTLINES transformed with a Jazz sample into a tricky House track with typical French feeling. FORSS brings classic soul-jazz into the future with his cut-up technique on the track Flickermood.

Other tunes come from WAHOO aka GEORG LEVIN and his partner STEFFEN „DIXON“ BERKHAHN, as well as from the JAZZANOVA side project EXTENDED SPIRIT aka STEFAN LEISERING and AXEL REINEMER

Finally, there’s the bonus track The Sirens Call, actually a Belle-et-Fou instrumental by JAZZANOVA, to which SECRET LOVE star Sascha Gottschalk aka THIEF has added vocals (released as a one-sided 7” on Sonar Kollektiv (SK125)).

All in all, the musical side of Belle et Fou is also an ambitious project, one which ARTHUR CASTRO and JAZZANOVA have realised perfectly.

“Great to see artists like Jazzanova and Legends of the Underground taking projects like this to a new level and audience, which will have a great effect on the scene as a whole”
Basic Soul – 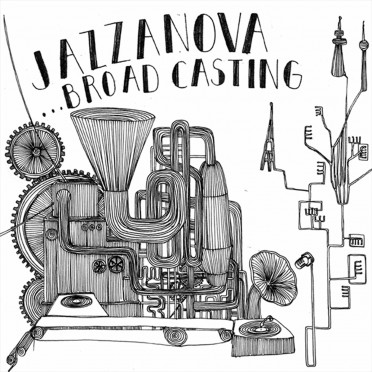 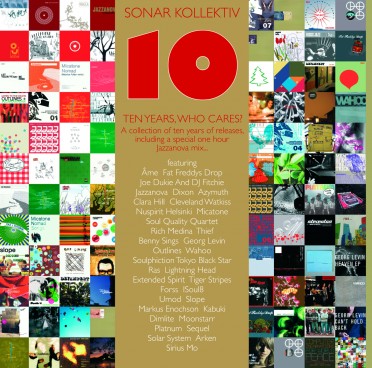